Periel Aschenbrand is a writer, comic and producer.

She is the author of two critically acclaimed comedic memoirs, The Only Bush I Trust is My Own (Penguin, US & Random House, UK) and On My Knees (Harper Collins, US & Penguin, Australia).

Her first book was optioned for a pilot by the Oxygen Network which she wrote and starred in.

She is the on-air producer for LIVE FROM THE TABLE, the podcast and sirius radio show for the comedy cellar and co-hosts and produces the podcast, and here's Modi, with the comedian, modi.

She performs, hosts and produces comedy shows all over New York City.

"Meet the lady gaga of literature!

on my knees is sexy, funny, titillating, and badass."

Toure, Author & co-host of the cycle on msnbc

If truth in comedy is my mantra,

then the goddess I pray to is Periel Aschenbrand."

"Uproarious...fearlessly fun...evokes the same playful crudeness found in the writing of chelsea Handler or Sarah silverman." 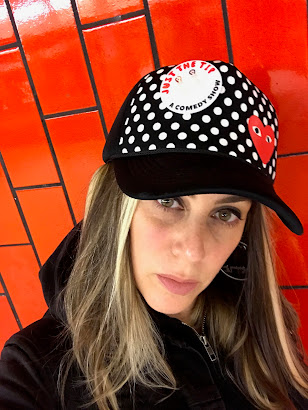